Where is the pot its potters yet make?
& whence the Dawn its waters let break?
What Wheels above have our Wills obeyed?
That a Hole abide where Love was made

Yuga by Yuga, the Universe shrinks
& Revati, now, a wife wot drinks
Nothing fits; for the knock of the plough
Hymen's heads too swollen now.

Tho' its Symposium sink to TED talks
Not Stupidity sole the Saqi stalks
But that stotting Mrga Trishna
So Black the Whole, a Hole is Krishna

Posted by windwheel at 12:58 No comments:

The word Melancholia derives from the Greek melaina chole- black bile.
Rufus of Ephesus, two millennia ago, explained that there were 2 types of black bile- one which is natural and present as a sort of sediment in the blood and which only becomes harmful if stirred up- as by Spring, which is why April is the cruelest month- and another sort which is yellow bile which has either been burnt and which gives rise to a violent raving madness, or else yellow bile which has been frozen (afsurdagi) and which yields depression and abulia.
With the advent of Islam, this Greek doctrine of the humours was adopted by the Arabs who termed black bile 'sauda' and poetically linked it to the pupil of the beloved's eye- vide Mohr Siebeck's monograph. 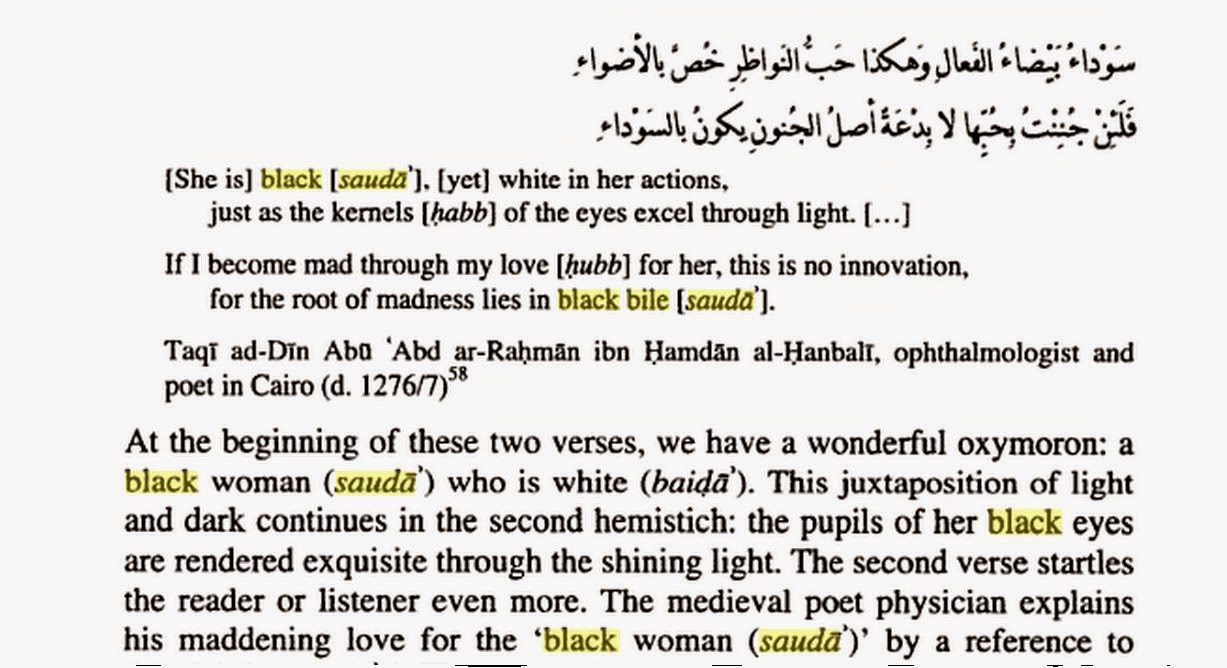 the theory of black bile as causing madness.
Ghalib has a couplet linking the Sufi suvaida (a small black spot on the heart) with the pupil of the eye-

Ironically, the Arabic word 'sauda'- which means both 'blessed', 'joyous', 'profitable' as well as 'black- may, because of its medical usage,  have influenced the Portuguese 'Saudades' associated with melancholic yearning for every Sonnet's Shulamith or Kleinian 'dark lady' who yet is fair, & for such our Black Sun, all Despair, for all that has been loved & lost to sight, yet lies at the back of blind Belisarius' obol of Light.

Fuck me, I jus' realized this theme, or 'mazmun', is tailored made for Post Colonial pricks and Subaltern Studies shitheads & Eco Feminist fuckwits to vomit all over. Iyer, they will say, is a Hindutva fanatic. He is referencing the Chandogya Upanishad's Black Sun- the light beyond the heavens, beyond the realm of transmigration, that apocatastatic light behind Love's blighting light which illuminates how all things end. Why? Coz this worthless Mayavadi cunt wants to restore the Manuvadi caste system. As for Pascoaes' Saudosismo- fuck is it but a proto-Fascist Sebastanismo?- a harking back to a golden age when Christian Portugal was on an almost victorious warpath against Moors, Marranos,  Malabaris and other such dusky what have you. Thus, in Arabic, the word 'black' also means 'happiness', 'joy', etc. because black people were a source of profit for slave traders. Similarly, Krishna means both 'black' and that God who takes on the sins of the 'ujali paraj' lighter colored oppressors.
Yet, there is another way to read Ghalib's sauda & Pascoaes Saudosismo,-one that evokes Hindu/Buddhist 'antarabhava' (which carries an erotic charge) Tibetan 'baro thodol' (which is permeated with a mono no aware sentiment) & Ibn Arabi's barzakh (which is a philosophical solution to the problem of genidentity).
According to this reading, Love, as Jagganath Pundit realized, is in truth a Second Creation, but its God is Grief. Why? Because to fall in Love is to seek to create a World in which there is nothing but yourself and the beloved. Too late you see it is a gas-chamber to whose noxious vapors only you are immune.

Deontic logic concerns itself with duties not facts. It is my duty, even if it is not a fact, to attribute to Carl Kordig the following proof that God exists but only as a smelly old child molester 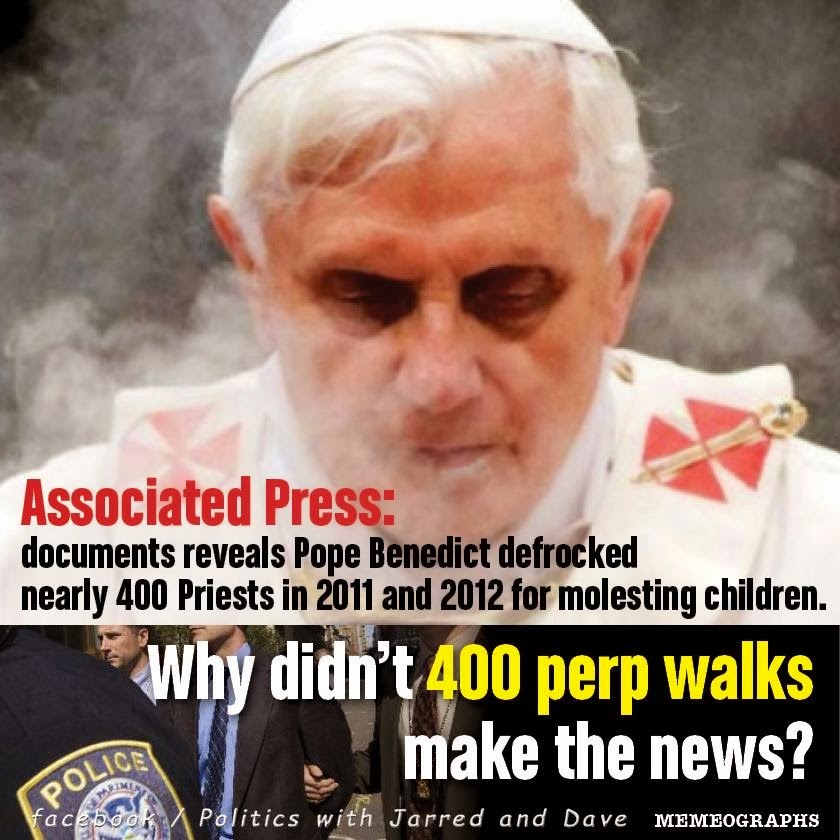 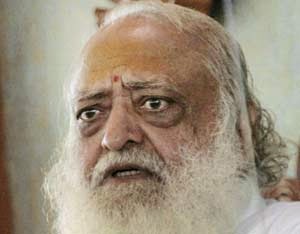 Posted by windwheel at 04:05 No comments:

Posted by windwheel at 14:17 No comments:

Suppose there are N identical robots which can connect to M heterogenous Wireless Networks. Each robot would prefer the Network that assigns highest priority to its requests. Suppose further that the co-ordination problem for all robots is best solved if all are connected to the same Network and that the gains of co-ordination far outweigh any other consideration. Now assume 'common knowledge'.
What happens?
Presumably, ceteris paribus, in an infinite repeated game, sooner or later all robots will connect to one Network which is robustly (i.e. non-gameably) neutral re. the identity of the robot making the request.
How does the Network solve its concurrency problem in order to make this happen?- i.e. when it receives 2 or more simultaneous requests, of the same semantic class (which cashes out as cash offers), how does it decide which request to deal with first such that no bias towards a particular robot obtains?
Suppose there is an effable, white box as opposed to black box, method to do this for at least one Network. Then either there is a zero-knowledge proof of robust (i.e. non gameable) neutrality which that Network can give the robot or such isn't the case. The ability to discriminate such zero knowledge proofs would be a desirable feature for our robots. Assume they have this ability.
Now, what we have is a Network which can give a zero-knowledge proof that it solves concurrency problems in an unbiased, non-gameable and thus robustly neutral manner. But (Razborov Ruditch)  this means a proof of P=NP exists or, equivalently, pseudorandom strings can always be efficiently discriminated from truly random strings. Why? Because the string of robot requests arising from the same response to a global event will be received as truly random yet the Network can discriminate this from a pseudorandom string generated by an attempt to game it and thus violate its neutrality.

Rawls, in 'Justice as Fairness' draws a distinction between being 'reasonable' and being  'rational'. The robots aren't reasonable, they fail a Turing test but, provided there is a proof that P=NP, adhere to a Coordination Solution which is identical to the Co-operative solution for Rawls's 'reasonable' human beings.
'Throughout I shall make a distinction between the reasonable and the rational, as I shall refer to them. These are basic and complementary ideas entering into the fundamental idea of society as a fair system of social cooperation. As applied to the simplest case, namely to persons engaged in co-
operation and situated as equals in relevant respects (or symmetrically, for short), reasonable persons are ready to propose, or to acknowledge when proposed by others, the principles needed to specify what can be seen by all as fair terms of cooperation. Reasonable persons also understand that they are to honor these principles, even at the expense of their own interests as circumstances may require, provided others likewise may be expected to honor them. It is unreasonable not to be ready to propose such principles, or not to honor fair terms of cooperation that others may reasonably be expected to accept; it is worse than unreasonable if one merely seems, or pretends, to propose or honor them but is ready to violate them to one's advantage as the occasion permits.

'Yet while it is unreasonable, it is not, in general, not rational. For it may be that some have a superior political power or are placed in more fortunate circumstances; and though these conditions are irrelevant, let us assume, in distinguishing between the persons in question as equals, it may be rational for those so placed to take advantage of their situation. In everyday life we imply this distinction, as when we say of certain people that, given their superior bargaining position, their proposal is perfectly rational, but unreasonable all the same. Common sense views the reasonable but not, in general, the rational as a moral idea involving moral sensibility. '

Rawls says that an agent may be rational but unreasonable. Can there be a reasonable agent who is also irrational? For example, given that no rational argument obtains for assuming P=NP or that an efficient way exists to discriminate pseudorandom from random sequences or that a robustly neutral solution to Race hazard or Concurrency bias exists- could Rawls be considered reasonable for making an argument which depends crucially on assumptions such as these?
Certainly. Why not?  It may be that 'common sense' views Reason as irrational in so far as it involves a moral idea or moral 'sensibility'. If human beings are socially canalised to ontological dysphoria- i.e. to not feel at home in the world- then, it may be, Reason counsels irrationality (itself a moving target) or elite susbscription to a 'noble lie'.
But, surely, this is not Rawl's implication- he seems to be saying that Reason is a sub-set of the Rational with 'Moral Sensibility' providing the Partition. If this is not in fact, by the Maxim of Relevance, his Gricean implicature, then how is his political theory of Justice-as-Fairness different from an arbitrary theory based on some supposed 'Revealed Truth' or Supernatural Oracle or bogus Ideology like 'Post Colonial Reason'? Why would any rational person want to be Rawls reasonable?

Indeed, common sense tells us that, contra Rawls, no 'reasonable person would be ready to propose, or to acknowledge when proposed by others, the principles needed to specify what can be seen by all as fair terms of cooperation.' Why? Suppose I say to you- 'go get the pizza and I'll pick up the beer.'- and you reply- 'Cool'- is it really the case that either of us needs to specify what principle is involved so that everybody in our society can see that what we are doing is an example of fair co-operation?
Suppose a stranger who overhears our conversation says- 'Stop! It's unfair that Vivek gets to go for the beer just because he's got a bigger dick than you. Why shouldn't he go for the pizza for a change? Could you please justify the principle underlying this proposed co-operative act of yours in a manner which sets to rest my doubts as to its fairness by reason of gender bias and like Vivek just having such a huge swinging dick which is like itself unfair.'
I suppose, if we were both as reasonable as Rawls, we could spend a few months or years or decades attempting firstly to grasp what the underlying deciding principle was (hint- it's the theory of Comparative Advantage) and then to prove it was Baumol super-fair, or zero regret or whatever. We would fail because  'Fairness' is like a Wealth effect in Sonnenschein, Mantel, Debreu, i.e. not independent of the comparative statics or concurrency of the system.

Any 'political' regime (and Rawls redux is offering us only a purely Political conception of Justice) is going to display the same level of unfairness as arises out of an Economic regime purely because of concurrency problems in co-ordination games even if there is no other source of scarcity or even conflict of interest. Indeed, monarchy, oligarchy, the market, GOSPLAN etc. all reappear as concurrency solutions which fail the neutrality test. This means the Benthamite planner has a choice between devoting resources to reducing Race hazard rather than expanding the Network which is similar to the dilemma of the 'Super Intelligent Self improving Machine' approaching FOOM